Click to watch the Operation Thank You Informational Video on YouTube. Please take a moment to learn about our Board of Directors below. You may also print a copy of our program brochure at this link: ABOUT US 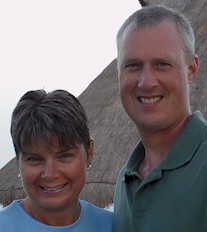 Brian and Shelley Bohlman founded Operation Thank You in 2002 as a 501(c)(3) non-profit organization dedicated to inspiring America’s bravest. Brian volunteers his time as the Executive Director and has served in the U.S. Armed Forces since 1992. He is a Wing Chaplain (Lt Col) in the Air National Guard and has served in support of the following military operations: Bright Star, Northern Edge, Sea Signal, Noble Eagle, Iraqi Freedom, Enduring Freedom, and Deep Freeze (Antarctica). He is a life member of the National Guard Association, American Legion, and Military Chaplains Association. He also serves as an adjunct seminary professor and is the author of “So Help Me God: A Reflection on the Military Oath” and “For God and Country: Considering the Call to Military Chaplaincy.” In 2017, the Bohlmans launched their first “Anchored by Love” Couples Cruise Seminar abroad the award-winning Spirit of Lake Murray cruise boat. To learn more, visit www.AnchoredByLove.org

Dave Cripe (1954-2017) is the past President Emeritus of Operation Thank You. He grew up in an Air Force family. His father was a retired Captain and Korean War veteran. Dave had a huge heart for our military, past and present. He was passionate about supporting our troops with cards of encouragement and was affiliated with Operation Thank You as a key volunteer since 2007 and served as President from 2013-2017. From his new post in Heaven, he will continue to inspire the work of Operation Thank You to thank our troops, honor our veterans, and care for the families of the fallen. Though he is no longer with us, he will never be forgotten.

Charles Sulita (President) served over 23 years in the South Carolina Air National Guard and retired as Master Sergeant in 2013. He is a combat veteran of Operation Desert Storm/Shield, Iraqi Freedom, Enduring Freedom and participated in deployments to Turkey and Japan. On the civilian side, he retired after 33 years of service with the SC State Government serving with the Departments of Disabilities and Special Needs, Department of Juvenile Justice and the Governor’s Office of the Continuum of Care. He is a graduate of Columbia International University and has been a key volunteer with Operation Thank You since 2010. 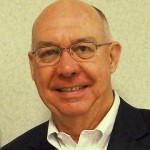 Gary Anderson (Vice President) is a Vietnam veteran and served with the US Navy aboard the carrier USS Oriskney. He retired in 2005 as Master Sergeant in Wing Plans (Logistics) Group of the 169th Fighter Wing, South Carolina Air National Guard with 23 years of service to his State and Nation. He served on active duty during Desert Shield/Storm and Operation Iraqi Freedom. He is an active participant with the Swamp Fox Retiree’s Group from McEntire Joint National Guard Base and believes in supporting our Veterans, current Service members and their Families. He has been key volunteer with Operation Thank You since 2013. He is a life member of the National Guard Association. A member of American Legion and the Veterans of Foreign Wars.

Terry Wingard (1949-2015) retired in 2009 as Command Chief Master Sergeant of the 169th Fighter Wing, South Carolina Air National Guard with 40 years of service to his State and Nation. He is a veteran of Operation Desert Shield/Storm, Operation Iraqi Freedom, and served in Operation Northern Watch (Turkey) and Operation Southern Watch (Qatar). He is an active participant with the Swamp Fox Retiree’s Group from McEntire Joint National Guard Base and believes in supporting our Veterans, current Service members and their Families. He has been key volunteer with Operation Thank You and has served as Vice President since 2013.
Update: Terry passed away on May 10, 2015. Click here to read his obituary. An educational scholarship was made in his memory to help support college students of military families. To make a tax-deductible donation, click here now. 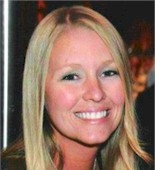 Kasey Hodges (Secretary) has been a key volunteer with Operation Thank You since 2010. Since World War I, many of her family members have served in the U.S. Armed Forces. Her love for God and Country fuels her passion to support and encourage our troops, veterans, and wounded warriors. She has served as the Secretary of Operation Thank You since 2013.